CargoBeamer is a European transport system consisting of special wagons and terminals with revolutionary cargo handling that allows all non-craneable semi-trailers to be shifted from road to rail.

“Freight traffic on European roads is forecasted to grow by 75 percent until 2025, threatening to take the continent’s roads infrastructure on the verge of traffic collapse,” said Hans-Juergen Weidemann, CEO of CargoBeamer. “CargoBeamer anticipates this development and has the potential to counter the situation by shifting cargo traffic efficiently and environmentally-friendly from road to rail.” Today, only 15 percent of the entire cargo transport on road can participate in combined transport due to technical constraints. CargoBeamer changes this profoundly as the technology allows transshipment of all semi-trailers without previous modifications for craning.

This technology makes intermodal transport highly efficient: The semi-trailers are placed into special loading palettes without train presence. Drivers therefore do not need to wait for trains or cranes and vice versa. Due to parallel and fully automated loading of trailers onto rail wagons in CargoBeamer’s terminals, the entire loading process is reduced to 15 minutes. Including additional inspection time, the trains are ready for departure approximately one hour after arrival. Compared to conventional transport of semi-trailers by truck, the technology reduces emissions by up to 70 percent and energy consumption by up to 60 percent.

CargoBeamer plans to build a terminal (“CargoBeamer Gate”) in the new Calais Premier logistics hub, investing approx. EUR 25 M. With 3.2 million trucks passing Calais annually, the city is predestined to become the CargoBeamer gateway to the UK and to play a key role in the company’s European logistics network. From Calais, CargoBeamer targets two major European cargo routes with high traffic volumes: the east-west-route to the Baltic states via the Benelux, Germany and Poland, and the north-south route to Italy via France, Germany and Switzerland. With the start of operations planned for 2014, the terminal will have the capacity to transfer more than 800 semi-trailers per day from road to rail. In addition to Calais, CargoBeamer Gates are underway in Hagen (Germany), Legnica (Poland) and Mockava (Lithuania).

“We are especially delighted to welcome the first CargoBeamer train in Calais today. This innovative transshipment technology is a revolution. It will make road to rail transport a key technology for ecological freight logistics in Europe. The planned installation of CargoBeamer at the Calais Premier logistics site will ensure Calais continues to develop as a major logistics crossroads in northern Europe”, declared the senator-mayor of Calais Natacha Bouchart, and president of the agency for economic development, Calais Promotion. 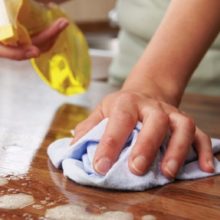