Now in its 29th year the latest course starts on 11 January 2016 in Southport, Merseyside, UK, and examines dangerous goods regulations, the classification of chemicals, design and construction of tanks and finally operating requirements whereby the previous parts of the course are all brought together.

It will be of interest not only to tank container operators but also to shippers who can gain an insight into the problems and requirements for tank operating as well as general dangerous goods matters.

The course deals with the UN requirements for second-generation portable tanks and T-codes. It also deals with the various transitional periods for the continued use of first-generation IMO style tanks and further changes to T-codes allocated to various products in 2014, 2016 and 2018, eg, to UN 1595.

The MSC Circular published by the IMO explaining in greater detail the interface between IMO tanks and UN tanks will be introduced to trainees.

Onerous changes concerning the security of dangerous goods were introduced into the international regulations in 2005. These provisions affect virtually all tank container operators who will have to develop security plans. These measures, introduced as a result of the events of 11 September 2001 in the USA, will be discussed.

The complex and controversial rules concerning the classification of aquatic pollutants will also be outlined during the course.

The full training course costs €1,560 for non-UK trainees based in the European Union. For UK based trainees and trainees located in non-EU courtiers the fee is £1,110 + 20 percent value added tax. Trainees registering by 27 November 2015 may claim an earlybird 10 percent discount.

Fees become due for payment no later than the day the course starts. Numbers are limited to a maximum of 12 per course, and the course is non-residential. 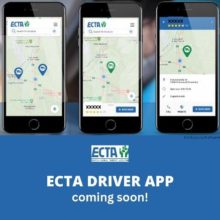