CBA’s chief executive, Peter Newport, said:
“We have consistently lobbied for improvements to the original form of UK REACH which, in our view, was unworkable.  The UK Government’s recent confirmation that it would continue to seek access to the ECHA database would, if successful, resolve the key issue concerning testing data.”

The alternative is to impose unknown data acquisition costs or a major duplicative testing regime on UK REACH registrants with all its associated costs, estimated at £1bn, and the increased animal testing this implies.

UK firms do not own the testing data that is required to support registrations under UK REACH. The majority of this data is owned by consortia of European companies. CBA surveys indicate that the figure for non-UK ownership could be as high as 75%.

For EU REACH, the Letters of Access purchased by UK businesses are only valid for EU markets, not for third countries which the UK becomes at the end of the transition period.

CBA believes that the only way to ensure consistent safety, health, and environmental standards, avoid multiple registrations for the same product, and the duplication of databases, is for the UK to share the data held by ECHA.

The original EU REACH legislation (Article 120) contains a mechanism for sharing testing data with a third country with the objective of achieving a wider and improved regulatory framework for chemicals.

“We welcome the UK Government’s more pragmatic approach to building a workable UK framework for the chemical sector after the end of the transition period. It has already gone some way to resolving the timescale issue by announcing a phased introduction of registrations based on tonnage bands, another change that CBA has lobbied the Government to implement. The remaining issue concerns the fees payable for registrations under UK REACH,” Peter Newport said.

The fee structure for UK REACH proposed by Defra is identical to that charged by ECHA for access to the whole of the EU28 market.  CBA believes this is unjustified on cost-benefit terms given the relative size of the UK market for chemicals which represents just 12% of the combined size of current EU markets.

It is a disproportionate and unsustainable cost on an industry emerging from the Covid-19 pandemic and its recessionary impacts – plus the potential tariff increases on raw materials post-Brexit.

Peter Newport said:
“Whilst we accept that there are some discounts for smaller firms, industry is being expected to pay the bill for resourcing the Health and Safety executive as its new regulatory body for UK REACH.  This has all the characteristics of a blank cheque.  Industry is paying an inflated and unjustified level of fees to fund the unknown staffing, training, and overhead costs of the HSE with no oversight mechanism proposed. In addition, we note with some concern that, unlike EU REACH, there is no appeal mechanism within UK REACH for industry to challenge HSE’s spending or its decisions.  HSE effectively becomes judge and jury in its own court.” 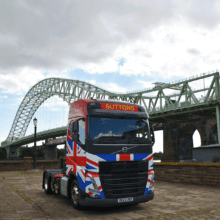