Managers of fuel-transport fleets and vehicle drivers are among the more significant lynchpins within the global economy.

They unfailingly perform their jobs 24/7, crisscrossing the globe to deliver motor fuels to retail- and commercial-fuelling locations so that the world’s drivers can keep their vehicles fuelled and operational.

Imagine how well those fleet drivers would be able to do their jobs if they had the most up-to-date digital tank monitoring technology at their disposal.

Fuel-transport drivers, while extremely conscientious about performing their jobs well, are also human and at potential risk of unintentionally committing errors during a fuel drop. For decades, they have been at the mercy of a rather simplistic set of routines that present a risk the right fuel may not get into the right storage tank every time.

For instance, many fuel-delivery companies have adopted a ‘diesel first’ approach to unloading a fuel trailer, meaning that the driver is expected to fill the diesel tank first. An ‘advancement’ in this area occurred with the invention of manually adjustable product-grade indicators (PGIs) that listed diesel, regular gasoline, E85, etc, for the different compartments on the transport, with the driver tasked with resetting the PGI, if necessary, after each new load of fuel was acquired or dropped.

The overriding shortcoming of these outdated manual and analogue-based methods is easy to identify: a rushed driver forgets to unload diesel first or reset the truck’s PGIs, which can lead to a whole host of time- and cost-intensive complications down the road.

However, recent advancements in the utilisation of digital smart tank monitoring technologies can give fuel-delivery drivers and fleet managers the ability to take advantage of next-generation user interface and wireless communication technology. This digitally engineered tank ecosystem integrates all fuel delivery functions, controls, security, diagnostics and usage history, while significantly mitigating the risk for human error to occur during a delivery.

Studies of the fuel-transport business have discovered that there are six common loading or unloading risks that can occur at the fuelling site or loading rack. Let’s take a closer look at the causes and effects of each:

While the truth is that many of these errors only happen in extremely rare cases, the fact remains that the next error may be lurking at the next fuel drop. Transport drivers have done tremendous work in preventing these errors from occurring, but they remain at the mercy of loading and unloading conditions that are often out of their control – at least to the point where they need to rely on less-reliable manual and analogue tank monitoring systems.

Knowing the stress that fuel-transport fleets and their drivers can be put under to meet strict delivery schedules, while also ensuring that the right fuel and amount goes into the right tank 100 percent of the time, the developers and manufacturers of tank monitoring equipment and systems have looked for ways to incorporate cutting edge digital technologies into their products. One recent notable example where this is the case is the new CivaCommand Smart Tank System from Civacon, based in Hamilton, Ohio, USA.

The fulcrum of these systems is easy-to-use digital tank monitoring technology that features an easy-to-read graphic touchscreen display that communicates wirelessly with the trailer’s fuel-delivery and operation-monitoring components. The touchscreen display, which is securely activated by the driver – even while wearing gloves – via a unique user ID and PIN, consolidates access to the many different control systems on a fuel trailer, including fuel retain, overfill control, on-board monitoring, pneumatic (air pressure) control, product-crossover prevention, system troubleshooting and usage history.

The digital technology enables the system to predict or prevent non-permissive readings, which lets the driver know that the loading process will proceed uninterrupted. The system also provides automatic digital overfill prevention through built-in fault logs that automatically control the valves during all loading and unloading activities.

The system enters delivery mode only after a proper connection between the trailer and storage tank is achieved. Loading only begins if the driver has full permit status, meaning that all vapour connections, overfill components and grounding devices are safely connected and ready for operation. Wireless RFID technology lets the driver undeniably know which product is being loaded into each compartment, with the system halting any delivery operation in which the wrong fuel is being dropped into the wrong tank.

If an incorrect truck-to-tank connection is attempted, the trailer’s valves will not open and the delivery will be unable to commence. This eliminates the chance that costly cross-drops and ensuing fuel contamination will occur. Then, the delivery process concludes only when the compartment is completely empty, removing fuel retain from the equation. When the tank compartment is completely empty, the touchscreen notifies the driver that all hoses, elbows and adaptors can be safely disconnected.

The system has been designed to store all of the driver and trailer’s historical usage data and information in one location that is accessible on the touchscreen interface. Among the useful stored data includes Fault Logs that, for instance, will indicate how many times potential retain conditions were thwarted, and Equipment Device Status Logs for all elbows, probes, sockets and grounding equipment that are used during a fuel drop. The system’s Asset Manager will store and organise performance data, such as total trailer flow time average, non-flow time average and total delivery time average, along with site and driver efficiency reports, which can help fleet managers build a more streamlined delivery process for their drivers.

Fleet companies and their drivers are an integral part of the motor-fuel supply chain – and they all want to perform their jobs to the best of their abilities. In the past, drivers have at times been hamstrung in the pursuit of delivery optimisation by conditions at the fuelling site or loading rack that may affect accurate or reliable monitoring and requiring the use of outdated manual or analogue technologies.

To the rescue comes new tank monitoring technology – such as the Civacon CivaCommand Smart Tank System – that uses wireless communication technology and highly engineered digital monitoring systems to put important delivery information at the fingertips of the driver. This results in a safer, more efficient and reliable delivery process that benefits fleet managers, retail fuellers and, ultimately, the millions of drivers who rely on motor fuels to keep their vehicles running every day. 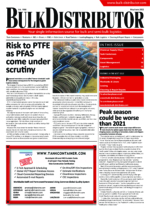 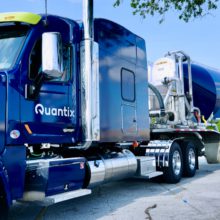