For the subsidiary both the international business, dependent on supply chains from overseas, and the domestic business had a sudden and potentially catastrophic shock.

Suttons overcame the challenge by being agile and pro-active, with a high degree of disciplined self-organisation and a ‘can do’ pro-active attitude. This was supported by an empowering approach to leadership. While many other logistics companies effectively ground to a halt during the lockdown, Suttons China increased its revenue and market share.

It was late on 27 March 2022 when Tommy Hu, the manager of the domestic logistics operation, was notified that Shanghai would be going into a short lockdown. He anticipated, however, that this lockdown would be longer and effectively stop operations due to drivers and trucks being largely in Shanghai.

That very evening he called a team meeting on WeChat to discuss what to do. Two options emerged: wait and see to get further insight, or quickly redeploy all the trucks outside of Shanghai. The latter option would incur increased cost.

Having heard all the arguments for and against, it was decided to be pro-active and redeploy. Hu recognised this would enable them to have the maximum flexibility, instead of having his drivers locked down at home and his operations grounded to a halt.

That evening the subsidiary arranged for a fast redeployment. It also contacted key clients to see if they could pre-empt orders, so that as many chemical tanks as possible being moved the next day could be full rather than empty. In addition to redeployment, the satellite depot in Jinshan (two hours away) had to be dramatically scaled up as, until then, it had only looked after a small amount of volume.

All of this needed the organisation to change how it operated quickly, with initiative being enabled at all levels. The fast decision making, and enablement of fast implementation, was a good example of Leadership 4.0, where leadership is a dynamic involving all rather than only depending on formal roles, titles or leadership from the top.

Luckily, Hu and some of his key managers had been trained in such an approach, the CALAgility System of Complex Adaptive Leadership (CAL). The CAL approach uniquely blends modern western complexity science with ancient Chinese wisdom. So, for the Suttons managers this was an easy transition who largely ground to a halt. The situation was very fluid and during the early stages even the authorities were not clear on what needed to be done. It was the drivers on the ground, crossing different local authority boundaries, who told the managers what needed to be done – a good example of Leadership 3.0, with followers taking the lead and leaders following those they lead.

With the redeployment of drivers and trucks out of Shanghai, and Jinshan made into a temporary depot, the challenges were far from over. To move anything during the period a variety of new issues needed to be managed. This included arranging special passes needed by drivers moving between different areas, enabling daily PCR Covid tests for the drivers, liaising with key clients regarding the various Covid measures introduced, ensuring families and workers got enough food delivered to them and providing mental health support during such a pressing time.

All of these issues were delegated with full decision-making authority to individuals who looked after them in addition to their normal jobs. Meanwhile, the regional director of North Asia, Karl Hudson, who was also an alumnus of the CAL approach, had delegated to Hu in an effective way. He did not need to be on top of everything, and only asked to be kept informed at the usual heads of departments weekly meeting.

With all of the Covid-related issues having to be managed, albeit in a distributed leadership way, the workload tripled. However, no extra staff were taken on and the team adapted to encompass the new demands.

So, while many of its competitors saw operations stop and revenue fall to zero, Suttons China increased its revenue over the period by 30 percent. 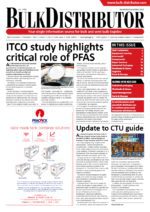 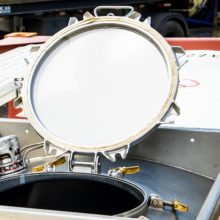 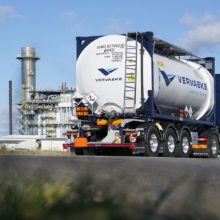 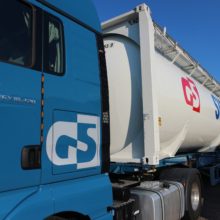